The duty of Shabbat 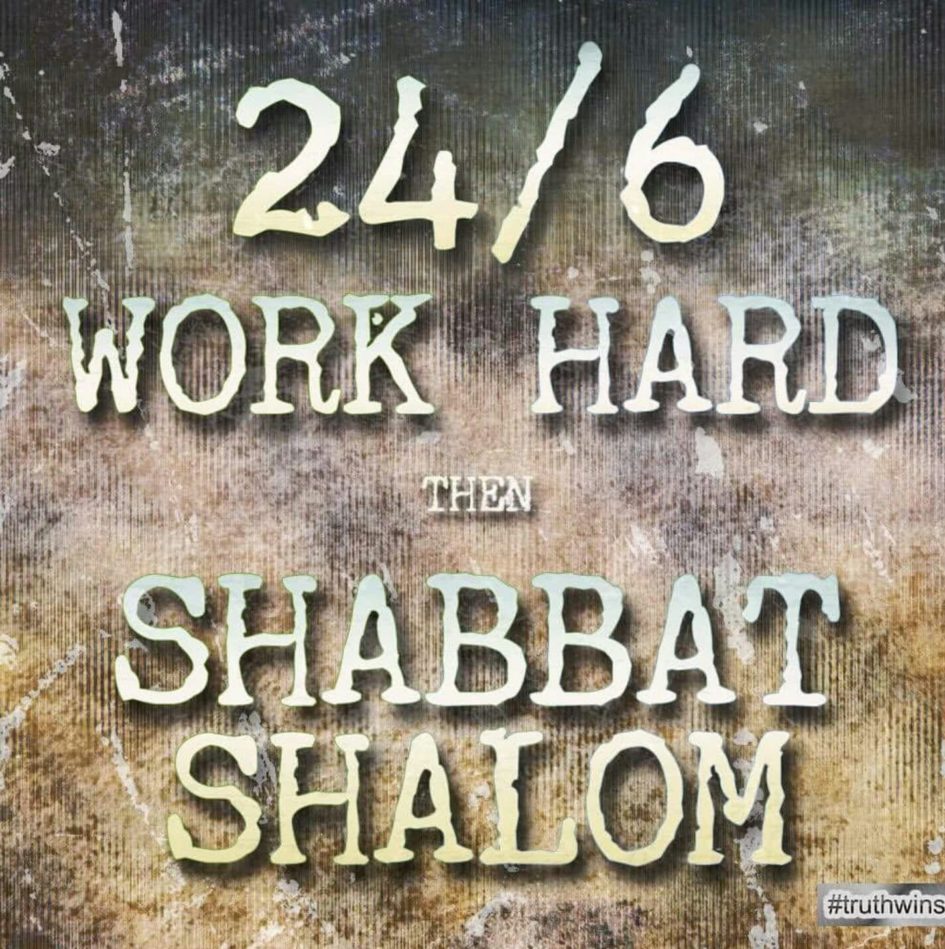 This week’s Torah portion tells the story of 7 out of 10 Egyptian plagues. In our parasha, God explains why He “has hardened the Pharaoh’s heart”, i.e. He’s made him indifferent to the plight of the oppressed in Egypt, including the Israelites. This paradoxical situation is supposed to achieve the following goals:

But I will harden Pharaoh’s heart, that I may multiply My signs and marvels in the land of Egypt. When Pharaoh does not heed you, I will lay My hand upon Egypt and deliver My ranks, My people the Israelites, from the land of Egypt with extraordinary chastisements.And the Egyptians shall know that I am the LORD, when I stretch out My hand over Egypt and bring out the Israelites from their midst.” (Ex 7:3-5)

These goals are as follows: 1. In order that I may display my signs; 2. That they may know (both the Israelites and the Egyptians), that I am the Lord and 3. That I may bring the Israelites out of Egypt. These actions of God have one more goal, a very important one, which is revealed in the next parasha:

Then the Lord said to Moses, “Go to Pharaoh. For I have hardened his heart and the hearts of his courtiers, in order that I may display my signs among them, and that you may recount in the hearing of your [children] and of your [children’s children] [what I’ve done in Egypt] and how I displayed My signs among them—in order that you may know that I am the Lord.” (Ex 10:1-2)

The fourth goal is: That you will tell your descendants what I did in Egypt. Message 1 and 2 are interrelated aspects of the same thing, which is directly suggested by the narrator of this story. This whole concept sounds a bit narcissistic, especially taking into consideration that as a result of this “Divine display of power” the ones who suffer are not just the Egyptians – who are here facing a joint responsibility for the actions of their ruler (which does not give us the right to judge God’s actions and decisions, since it would be the same as  judging the laws of history: large groups of people regularly pay the price for tolerating their ruler’s despotism) – but also God’s most beloved people – the Israelites. This concept was developed in the Middle Ages by Rashi, who claimed that this whole “duel” between God and Pharaoh entailing “miracles and plagues” was aimed at humiliating the latter and showing him as well as the Egyptians who is the real God here.

Earlier, in the times of the Mishna and the Talmud, the Rabbis developed the second of these ideas: „That you may recount to your descendants what I’ve done in Egypt” (Ex. 10:2). The whole Mishnaic tractate Pesachim (10 chapters) reconstructs in the form of a religious ritual the history of our exodus from Egypt as well as the message it sends and also many other valuable ideas from our tradition. It is thanks to our sages that we have our great Passover Seders and all the Rabbinic laws reminding us about the harsh conditions and the liberation of our ancestors. Without those laws and rituals our entire history would most likely have sunk into oblivion and our identity would have been destroyed along with it. It is precisely the implementation of the stories which constitute our heritage into the life practices of every Jew that has made our stories forever lasting. In this way the Rabbis have created for us, Jews, a virtual country without a king or any kind of centralized power, a country which has allowed us to survive as a nation for nearly 2000 years of being dispersed in the Diaspora, in not a very friendly environment, while keeping our tradition and identity.

In the Talmudic tractate Pesachim the Rabbis are discussing the details of a religious law derived from the Mishna. At a certain moment (Pesachim 99b-100) their debate centers around the following problem: is it allowed to eat a meal right before Mincha (the afternoon prayer) on Erev Pesach (the evening preceding that festival) or not? Opinions vary, some rabbis say that it is allowed, whereas others say that it isn’t, since you should start the festival “with an appetite”, i.e. not being full. The whole discussion which takes place on two pages of the Talmud and has actually continued for over a 1000 years (starting in Mishnaic times, through the times of the Babylonian Talmud up to the views of Medieval commentators such as Rashi or  Rashbam) in fact has to do only with those 30 minutes and what one can and cannot do in that moment, for example if someone started to eat earlier, they are allowed to finish, but if they started eating right before Mincha, then it is strictly forbidden.

Many of us may find this absurd. We may not agree with the Rabbis when it comes to fundamental issues: why do we need to debate this and is this really important? (Incidentally, this question appears at the very beginning of these Talmudic deliberations.) We can argue with the views which are at the basis of those Rabbinical concepts and of the entire religious ritualization of our lives, such as for example: If we do all this, it will protect us from dangers, threats, Divine punishments and maybe even from all evil or If at least once all Jews will not brake any of the Shabbat rules, then the Messiah shall come. We can argue with the view that if we are extra-organized and disciplined then we’ll be able to experience everything we want and we will achieve everything we want.

However, we must admit that this ritualization of our life has enabled the survival of entire generations of our ancestors in a world which was much less friendly and nice both to us and to other nations than the world we currently live in. We cannot argue with the belief that our life must be reasonably organized around (sometimes an entire depth) of small and large goals that we set for ourselves. No one is openly questioning this, but if someone is questioning the point of religious ritual and the point of the necessity to organize our internal life, claiming that it is enough to organize it “externally”, i.e. politically, socially and economically – they are encouraging our life to drift in the direction of the vignette I’ve presented in the introduction. In such a case we are drifting not only towards pathology, but also slavery. We are leaving everything in the hands of the managers who show up at the production plant only occasionally because they have other, more important things on their minds. All they do is express disapproval and sometimes they yell at us – which actually would be good for us, but usually they just ignore us, which leads to tragic consequences and pushes the whole production plant to the brink of bankruptcy.

May each of us find their own middle ground between on the one hand ritual and discipline and on the other so called spontaneity, according to our own capabilities and our awareness. If a shift on this axis will be a progress for us, we will gain more freedom. Shabbat is approaching and this is a true jewel of our tradition. Today I do not work. After I light the candles I turn towards the beauty of existence among the people I love. I leave all the so called important things for tomorrow.