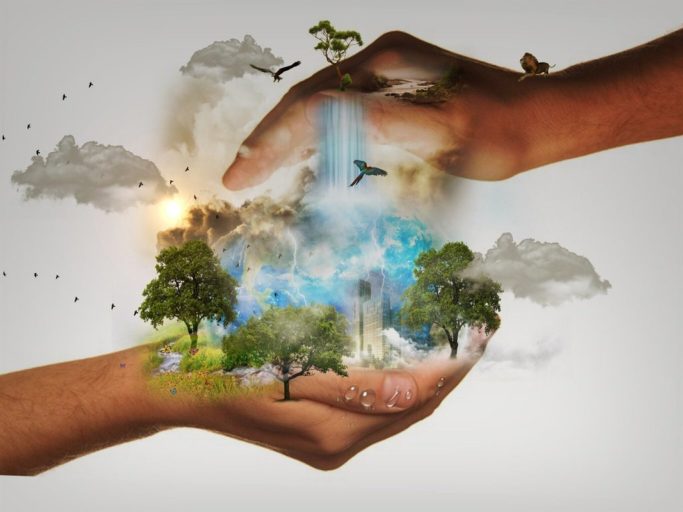 After the death of Aaron’s two sons, Nadav and Avihu, God instructs Moses regarding the atoning sacrifices to be offered by the kohanim on Yom Kippur:

What did this expiation look like? Our Sages teach us that it was done through verbal confession of sins:

And the priest places his two hands on the bull and confesses. And this is what he would say in his confession: Please, God, I have sinned, I have done wrong, and I have rebelled before You, I and my family. (Mishna Yoma 3:8)

The Hebrew word for confession, vidui, comes from the verb lehitvadot – to confess – which is in Hebrew a reflexive verb (as, generally speaking, all the verbs of the binyan hitpael). Therefore, according to Rabbi Samson Raphael Hirsh, the confession ordained by the Torah does not consist of a confession of sins made to another person; furthermore, it is not even a confession made to God, but as its grammatical reflexive form implies, it is confession in which sinner makes himself aware of his sin:

We should not conceal our past misdemeanors from ourselves but regard them with an unprejudiced eye, without extenuation. We should admit to ourselves that not only should we have acted differently but that it was in our power to have acted differently. By doing this we admit and proclaim our freedom of choice, and when we utter the formula “I have sinned” in all sincerity, we include the idea “I shall not repeat the offence”. (Hirsh on Leviticus 16:4)

Thus, the essence of the confession experience is self-awareness. But self-awareness is also an essential part of all our interpersonal interactions. And here we touch on a significant problem. In the last few decades, starting from the 1970s with Generation X through Generation Y and Z, there has been a real flood of narcissistic and self-centered attitudes, among both men and women. The psychological core of this phenomenon is, in my opinion, low self-awareness regarding certain traits of one’s own character. All of this has its origins in upbringing and has been largely caused by the psychological and socio-cultural concepts openly promoted in the Western culture, such as the concept of self-esteem or other concepts of self-acceptance. These concepts, very often expressed in the form of slogans, like “love yourself”, “everybody is special” etc. seem to be forms of positive, corrective reactions to common, negative socio-cultural practices, to something I would call “the culture of constant degrading and humiliating each other” (someone who grew up in the Polish provinces in the 1980s and 1990s knows what I’m talking about), still present until today in some areas of the Western World. This new (in those days) philosophy of upbringing has definitely had a positive impact on our life, freeing individuals from malice and resentment coming from the social environment. But these doctrines also generate side effects that are profoundly damaging to us, both psychologically and socially. Slogans and concepts of that kind should be applied only to the spheres of human identity – religious, national or sexual. Nobody should be entitled to tell you what you should believe in or to what social group you should belong. However, if we apply these kinds of philosophies to other areas of life, like those pertaining to character or moral issues, they can, and usually do, a lot of damage.

Let’s focus on the self-esteem concept for a moment. It basically teaches you to regard yourself with esteem, no matter what you do or who you are, because it builds your confidence and you need confidence to succeed in your life. Fair enough. But if so, why don’t we just call it confidence? Here is the problem: confidence must be earned. We earn confidence by learning, practicing, working, developing our skills etc. If you just focus on building your confidence it’s likely you will become delusional about yourself. With no connection to reality you can score 90-100% in self-esteem tests, then become an unemployed alcoholic and still score 90-100% in these tests. It is so because the whole point of self-esteem is to be proud of yourself even if there is absolutely no reason to be proud of yourself. Self-esteem can be then called ‘unearned confidence’. It equips you with nothing. It won’t help you at school, it won’t help you at work – it will stifle your career and ambitions, and it will certainly wreck havoc on your relationships. Sure, insecurity and self-doubt can also be damaging but at least there is a chance that they may drive you to be better, in whatever field or area of life. A person with high self-esteem, also known as narcissist, feels good about himself on the basis of nothing.

We all know self-centered, egotistic people who talk all the time only about themselves. Obviously it’s not a binary issue, we can say that everyone is more or less self-centered. But there are extreme examples in this matter and that’s what I’m focusing on here. Self-centered and narcissistic people often impress others with their life stories, achievements etc. But it is all temporary because that kind of psychological constitution causes many problems. Highly self-centered people constantly overlook or ignore the needs of others. In some cases they don’t even leave other people room to express themselves. By being blind to other people’s needs and feelings they inflict emotional harm on them. People like that often have no ability to listen and are more likely to be dismissive of other people’s ideas and thoughts. All of that tremendously affects their relationships, particularly the matters of love and friendship, making them often incapable of being in long-term love relationships.

On top of that highly self-centered people often have a tendency to overlook their own flaws and sins. But being self-centered or narcissistic doesn’t make you by definition a bad person. It’s often difficult to qualify their behavior morally, as something bad or morally questionable. Highly narcissistic or egocentric people may be morally ok and may be right in their moral judgments about themselves: “I don’t steal, I don’t lie, I have never tried to seduce a married person… So what’s the problem?” Therefore, we often don’t have moral tools to judge them or to inspire them to change their behavior. The only remedy for this is self-awareness, which often takes years to develop. But this is where our tradition can be of great help for us: it constantly makes us more social, more sensitive to the needs of others and it contains a lot of wisdom in this matter.

Leave behind You shall be holy! Go to Home Page