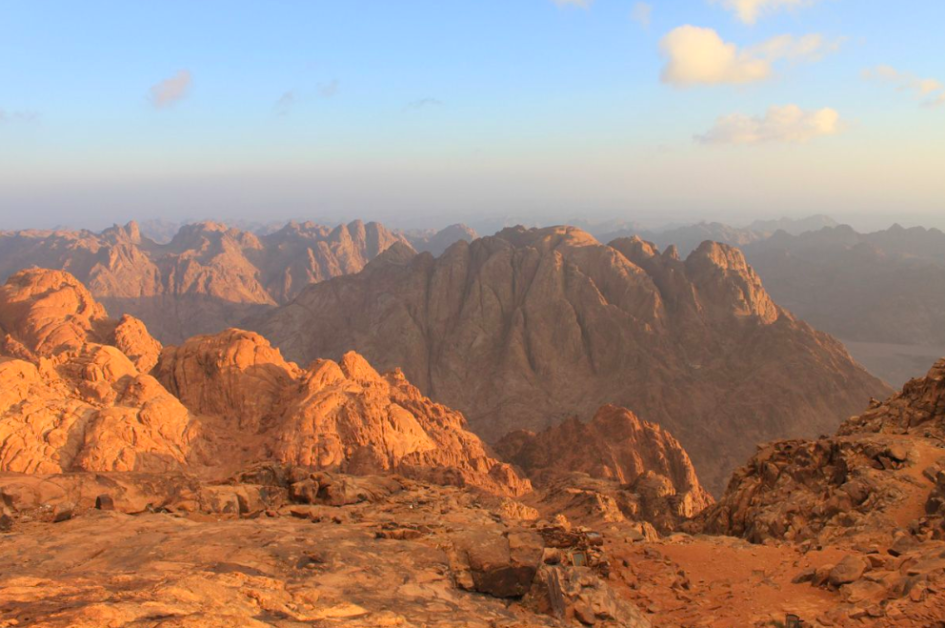 As the old joke goes, “Ask two Jews, you will get three opinions!”. Indeed, Judaism is a religion of intellectual pluralism and it itself resists monolithic interpretations in almost any area of human life and spirituality. Our religion is fundamentally a religion of action: we are bound by the same ethical and ritual principles (usually with a certain flexibility in their interpretation) but we don’t have one, single theology that is binding on all Jews.

The same applies to the understanding of Divine revelation, the topic that is raised by the Torah portion for this week:

Moses went out and reported the words of יהוה to the people. He gathered seventy of the people’s elders and stationed them around the Tent.Then, after coming down in a cloud and speaking to him, יהוה drew upon the spirit that was on him and put it upon the seventy participating elders. And when the spirit rested upon them, they spoke in ecstasy, but did not continue. Two of the participants, one named Eldad and the other Medad, had remained in camp; yet the spirit rested upon them—they were among those recorded, but they had not gone out to the Tent—and they spoke in ecstasy in the camp. An assistant ran out and told Moses, saying, “Eldad and Medad are acting the prophet in the camp!” And Joshua son of Nun, Moses’ attendant from his youth, spoke up and said, “My lord Moses, restrain them!” But Moses said to him, “Are you wrought up on my account? Would that all יהוה’s people were prophets, that יהוה put [the divine] spirit upon them!” (Num 11:24-29)

This passage contains at least a few ideas regarding the Divine revelation: it has an ecstatic character and it has also a communal character; it is reserved to a particular group of people but this group is not strictly defined and in theory everyone can be a prophet (even a person who is 10-12 years old – I Samuel 3). It is also not a one-time event – Divine revelation happens to different people at different times… and since our tradition is filled with many concepts about the Divine revelation, let me present a relatively brief version of my theory of revelation.

The Torah and the other holy texts from the Hebrew Bible were revealed throughout centuries beginning with Mount Sinai. The content of the revelation was also edited and this editorial work is a part of the Divine revelation. There are three fundamental aspects and necessary conditions of Divine revelation:

Both the stories and the laws of the Torah were revealed to various people over years, decades and centuries. They were passed both orally and through writing, and only later was this information compiled into a single Document. This slow and fragmented development of the revelation is necessary to convey the entire message in its whole. It actually makes ‘full revelation’ possible. Divine revelation is a distillate of an accumulation of human intellectual and spiritual experience of catching eternity in its depth. In practice, this means catching the eternal truths in time, within a limited human perspective, and with all human cognitive powers. The entire content of revelation is built from partial, fragmentary, individual revelations. It is so because the entire revealed content would exceed the mental abilities of one person. Moreover, the inherent slowness and non-immediacy of Divine revelation is also a feature of other divine actions, including, for example, Divine reward and punishment. The slowness of divine action is ultimately a relative issue, flowing from our limited human perspective and human perception of time.

Regarding points no. 2 and 3

​​The Divine revelation, at its core, is an elitist, not egalitarian phenomenon. Not everyone is able to achieve this state of mind. A prophetic state of mind is a state in which all human mental faculties are sharpened to their limits, in which the human mind uses all the possible sources of knowledge: experience, intuition, moral intuition, introspective insights, logic (predominantly synthetic thinking), as well as all kinds of imagination. It all can be called the divine call or ‘preparation’, being referred to a kind of spiritual, intellectual and moral maturity.

But even though the Divine revelation is an elitist phenomenon, it is not esoteric: the final product of the revelation is expressed in the language understandable to all who are literate, and the revealed truths can be tested by anyone. This is the egalitarian aspect of revelation. Those who received the divine revelation were educated people (at their time) and had extraordinary moral sensitivity and mental capacities, including great imagination.

Therefore, the content of the Jewish Divine revelation can be translated to all languages and thus it can be understood cross-culturally. However, this translation must be done correctly, and that has always been a challenge. Christian theologians got it right that the Ten Commandments are the universal part of Jewish ethics that should be implemented universally for the sake of peace and human prosperity on planet Earth. However, their translations of the Hebrew Bible weren’t precise and correct enough. On top of that, everything from the Hebrew Bible is viewed through the lens of the New Testament. The Church also suppressed the spontaneous flow of divine revelation by religious dogmatism and by creating a hierarchical social structure of clergy, who get to decide what is right and wrong in all ideological matters. In this way, the Christian culture severely restricted the ‘freedom of revelation,’ as well as the possibility of its communal transfer.

In order for the Divine revelation to develop, the culture needs to facilitate the entire process. It can be done by normalizing and encouraging achieving the prophetic state of mind and by creating an intergenerational community of inspired, religious geniuses. Therefore, non-Jews and people of other faiths can receive divine revelation; however, if their culture lacks all the necessary conditions for the divine revelation to be received, tested over time and transferred, its development will be always limited. Luckily, our culture has always facilitated this process and therefore we have probably had more religious geniuses than any other nation or religious group.

The Rabbis, however, also put limits on the Divine revelation. These limits, however, were less radical than those of Christian leaders. When our Rabbis proclaimed the prophetic era was over, they created a new paradigm in which previous revelation was prevented from being overthrown by external elements or from radical re-readings of the existing prophetic tradition. By doing this, the Rabbis granted themselves the right to decide what is Divine revelation and what is not. The so-called Divine voice (bat kol) has become one of the tools to resolve halakhic disputes. The communal-egalitarian character was also preserved in this “new form of Divine revelation” which became focused on polishing the Jewish law and ritual, where some of the disputes were solved by rabbinic consensus. The fact that the Jewish nation survived almost 2000 years, without a state, an army, dispersed among typically hostile nations is miraculous. For me this alone is proof that our Rabbis were divinely inspired as well.

This is my concept of divine revelation in its abbreviated version. It is the result of several years of meditating on this subject during my rabbinical studies. I hope you have been inspired by my reflections.