The enslaving power of habit and comfort 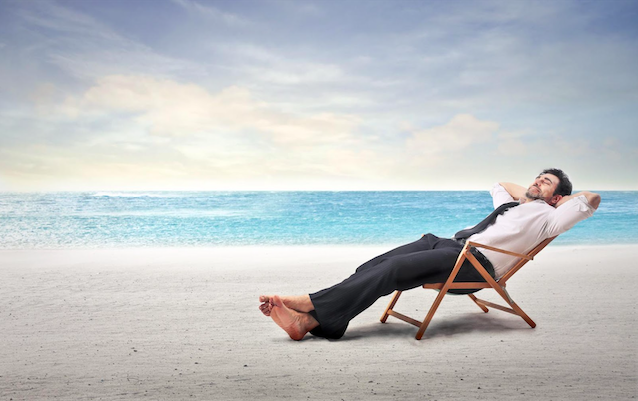 Tyranny never gives up on its own. With a very few historical exceptions, it has never subsided until it was completely defeated. And there are typically no polite, peaceful, democratic methods to unseat the tyrant. It has to be done in a radical way.

This is one of the lessons from this week’s Torah portion. Pharaoh did not abandon his dream of keeping the Israelites captive until he suffered a final defeat and his armies were sunk into the sea. The Israelites who left slavery have achieved liberty and physical freedom. But they carried with themselves their slave mentality. As long as things were going clearly their way, as long as everything went smoothly, they were happy and content. When the Egyptians suffered their final defeat, drowning in the sea, the Israelites joined Moses in the most joyous and extatic song of praise and gratitude to God:

And when Israel saw the wondrous power which the LORD had wielded against the Egyptians, the people feared the LORD; they had faith in the LORD and His servant Moses. Then Moses and the Israelites sang this song to the LORD. They said: I will sing to the LORD, for He has triumphed gloriously; Horse and driver He has hurled into the sea… (Ex 14:31-15:1)

But the minute they encountered problems, challenges and when things suddenly became difficult – they were immediately willing to give up their freedoms and go back to Egyptian slavery. They conveniently forgot how Egypt had afflicted and tortured them:

The Israelites said to them [Moses and Aaron]: “If only we had died by the hand of the LORD in the land of Egypt, when we sat by the fleshpots, when we ate our fill of bread! For you have brought us out into this wilderness to starve this whole congregation to death.” (Ex 16:3)

They immediately forgot the infinite kindness of the Eternal, who redeemed them in the most wondrous way… In their weakness, they were able to think almost only about the here and now; they were able to think about the past and future only very selectively. It looks like their logic was as simple as that: “We don’t have food. Where did we have food? In Egypt. So let’s go back to Egypt.”

That is what the slave mentality about – about being (permanently) powerless and turning to whoever has power at the moment. Mentality of this kind is also about lack of faith, lack of self-respect and short sightenness, but at the core of the slave mentality is weakness, weakness of any kind – physical, emotional, psychological, intellectual and spiritual. Human beings have a capacity to be slaves in all these realms separately. We can be enslaved physically by people or conditions that overpower us. Then we need to find strength (not necessarily a physical one) to overpower the force that enslaves us. We can be enslaved emotionally, while fully free in other realms, but to live a full life we need to be able to break the yoke of this emotional slavery as well. We can also be enslaved intellectually or spiritually; if that’s the case then our “lower” freedoms don’t matter a lot. Physical freedom is important but it is not enough to make us fully free people; it is not as important as intellectual independence and spiritual freedom. Physical freedom has no meaning and no purpose if it is not guided by free intelect and independent spirit, that is the source of identity, psychological integrity, meaning and purpose. Only then we are able to enjoy all our freedoms and pursue happiness. Thus, the intellectual and spiritual freedoms are in fact the sources of all the “lower” freedoms – the psychological, emotional and physical one. That is why the Israelites needed Moses and his guidance – only a free man, raised among free people, without the slave mentality and victimhood syndrome could have liberated them.

To avoid the intellectual or spiritual enslavement we need to be able to constantly reevaluate our views and ideas, lest we become slaves to them. We do, sometimes, stick to the theories and ideas even if we know they don’t work (for us) anymore. Additionally, just as the Israelites constantly forgot about the true, miserable reality of Egypt, so too we tend to diminish or understate the evils we were once subjected to. I’m sure that many people in Poland heard the phrase “Life was not that bad in the Communist bloc, wasn’t it?” This phenomenon is the result of our innate, psychological tendency to idealize our past, which is usually a helpful adaptation mechanism, although, as it turns out, the effects of this mechanism are not always positive.

Thus, in order to be fully free we need to be able to counter ourselves – to counter our feelings (i.e. control our emotions), our views and even to challenge our entire belief system. All of that is necessary to be able to separate the (informational) wheat from the chaff and pursue intellectually meaningful and coherent life in the times of widespread misguidance and confusion.