Freedom: Carved in Stone, but Not Given Unconditionally 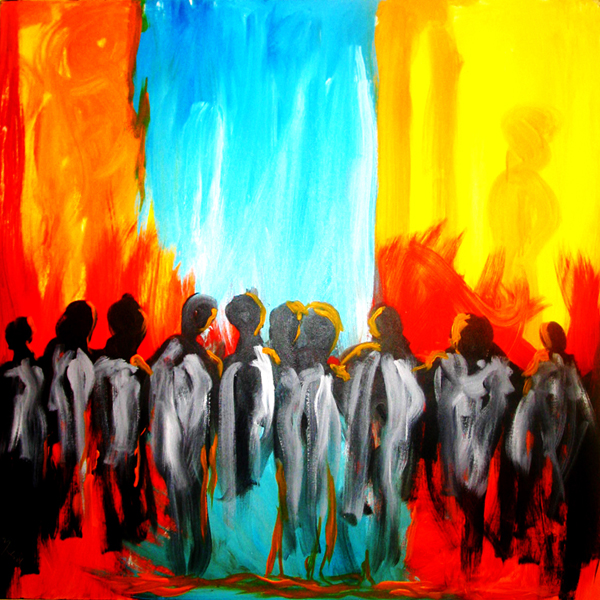 Passover – a festival of freedom – has begun. The concept of freedom is one of those concepts that we might think we fully understand or at least know what they’re about. However, the limits of how we might understand freedom are not strictly defined; this is a wide-ranging and deep concept. Also, when we want to point to the essence of freedom, it’s not easy to do and even if we are able to define it there are at least several possible avenues to investigate.

Let’s try to provide a common-sense definition to start. At first everything seems easy; to be free means to be able to do anything we’d like to do at any given moment of our life. Everything which limits our possibilities in this regard makes us less free, which means that we are no longer truly free. But is this actually a good definition of freedom?

If so, then who is actually truly free? Only some kind of absolute ruler, exercising total control over everything and everyone. But wait a second, is it actually possible for any human being to ever have such power and control? Thank God, it is not possible. According to this definition being free par excellence would mean wielding absolute power over everything that exists. No human being is able to do that, which is something that our religion constantly reminds us. Also, in light of our historical experience with systems placing total power in the hands of one individual we must admit that this is not a good definition of freedom since it is effectively useless.

Nonetheless this is a useful example as it makes us realize something essential: if someone has absolute freedom and power then all the others won’t have them at all, and thus they will be slaves. This is indeed an accurate description of our experiences with totalitarian regimes. That’s why we should be very skeptical of any ideologies or movements that demand “redistribution of freedom”, which means that they wish to increase the freedom of individuals within a society by means of increasing the rights and the range of freedom of “large players” such as governments (the left) or corporations (neoliberal right). Such an idea is self-contradictory even in theory, no wonder than that in practice it defeats its own purpose and it has a negative impact on the freedoms of individuals living within a society.

We could also assume that freedom is a conditional concept and how we understand it depends on the circumstances in which we live. Fine, but this does not give us a satisfactory answerto what it means to be free. All we know is that freedom is not something black and white which either is or isn’t present – rather it comes in varying degrees – leaving us wondering where exactly to draw the line between freedom and slavery.

In order to understand what it means to be free we must know what is slavery. Thus we can understand the notion of freedom only by understanding its negation. This is exactly why we keep on repeating our story about our liberation from Egypt.

From a theological viewpoint the only being who can have absolute freedom is God, although according to some theological views He also doesn’t have it – because He has renounced that absolute freedom out of His goodness, so that He can share it with us and make us free as well. According to this view each one of us has only a small amount of freedom – depending on the amount that God has bestowed on us. So if there is a being capable of “redistributing freedom”, it is solely God, and that redistribution is possible only in a spiritual and not a material dimension. Governments and other human institutions have their own interest in increasing their freedoms, while God has no such self-interest, since by definition He has absolute freedom (which He may have renounced, but in theory He can get it back at any time.)

How much freedom God gives to each of us depends on how we act in our lives. The basis of our ethical conduct is the Decalogue, as we can read in the Torah portion for our Passover Shabbat:

“The LORD said to Moses: “Carve two tablets of stone like the first, and I will inscribe upon the tablets the words that were on the first tablets, which you shattered” (Shemot/Exodus 34:1.)

As we can see, freedom is “carved in stone”, but is not given “ex officio”, i.e. unconditionally. In order to have our little piece of freedom we must live according to certain rules which are supposed to enable us to live peacefully with others, at the core of which lies respect for the freedom of other people. Here we get to a well-known aphorism which states that the limit of my freedom is another human’s freedom. This truth is especially evident now, when people all across the world are forced to limit their own freedom for the sake of the (equally limited) freedom of other people. There is a positive aspect in our experiencing of the plague: it makes us realize how interconnected our human fate is. We are all united in the fight with a common enemy, which is a fight for our freedom, even though we may have varying degrees of freedom in different parts of the world. We talked about this universal experience during our virtual Seder and in this context an aphorism of the 19th century Jewish writer, Emma Lazarus, was mentioned:

Until we are all free, none of us are free.

This quote was very moving, but such a collectivist understanding of freedom, especially seen from a universalist perspective, can lead to serious misunderstandings. One example of such a misunderstanding can be the following question: Should we turn our Pesach-related joy into mourning because there are still people who are enslaved?

To solve this problem we must take a look at the original context in which those words were said. They are a quote from this author’s series of articles with a collective title “A Letter to the Hebrews.” This title is a reference to the New Testament and the Letters of Saul of Tarsus, but the context in which these words appear is by no means universalistic – on the contrary, it is very tribal. Actually, in this particular article the author is scolding us for our national, Jewish flaws: that we were not tribal enough (!), that we did not show enough solidarity; that we were not sensitive enough to the plight of Jews living in Russia in those times, at a time when their human dignity was being constantly violated etc.

Therefore trying to understand this quote out of its context can be and is very misleading. The freedom of all Jews or of all people is not and cannot be the necessary condition for the existence of our individual freedom or the freedom of our small, particular society. Such an interpretation is complete nonsense. The correct understanding of this quote is as follows: as long as there are people suffering enslavement among us, this diminishes the freedom of those who are free. Therefore, this statement has the following meaning: we, as free people, bear a responsibility to provide help in freeing others – those who have much less freedom than we do or who don’t have any freedom at all. This fact, this responsibility for others, limits our individual freedom.

In our tradition there is the idea of universal freedom, of freedom for every single human being. As we also know from our Jewish history, many times our “tribal” freedom was dependent on the level of freedom in the societies in which we happened to live. The achievement of the ideal of universal freedom may be beyond our abilities, but it exists in order to motivate us to achieve the goal of implementing it in our closest surroundings. We should not be shifting this responsibility onto governments or any other institutions. We don’t have to wait until freedom becomes a universal reality for all people in order to celebrate our freedom here and now. However, as we celebrate our freedom it is worth mentioning those who have less of it or who don’t have it at all and to think about what we could do about it, how we can help others secure their freedom. Because our religion is a religion of action rather than of lofty proclamations of our faith.

On Devotion The Bad Thing Happened. What’s Next? Go to Home Page