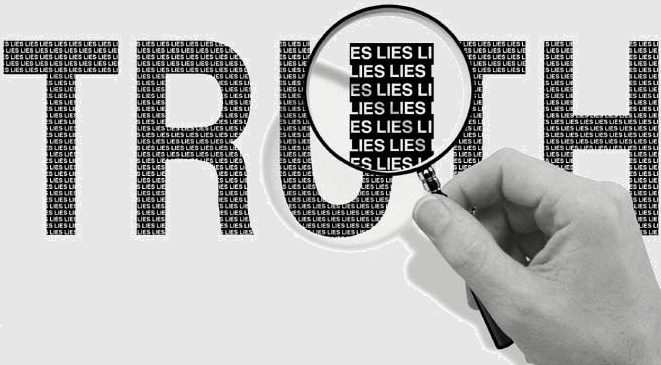 You shall appoint magistrates and officials for your tribes, in all the settlements that your God יהוה is giving you, and they shall govern the people with due justice. (Deuteronomy 16:18, the first verse of parashat Shoftim)

There are three classical theories of truth that also define what truth is. The first, formulated by Aristotle, says that truth consists in conforming to reality: what is true is what is in accordance with reality. It sounds quite obvious. This definition, of course, is logically correct – it was formulated by one of the founding fathers of logic as an exact science. However, this definition suffers from one fundamental problem: to say that something is true, to confront an idea with reality, we need to know what the reality is, right? So, in order to check if something is true, we must know this reality in advance, or more specifically – the truth about it. So in order to know the truth, we must know the truth. Sounds like taken out of statements of some politicians.

The second classical theory of truth is the concept of (mutual) consistency. According to this concept, a thought, idea, or hypothesis is true if it is consistent with other theories and concepts that are commonly believed to be true. While this concept has some application (it is widely applied in science), it is riddled with problems: for example, we need to be absolutely sure that all our other knowledge, previously acquired, is true in order to conclude that the hypothesis we are investigating is true. It is enough that one element of this logically coherent puzzle is false and our entire system may fall apart like a house of cards. Obviously, one can always come up with all sorts of arguments and strenuously defend some theories until there is nothing left to defend. Moreover, the concept of consistency itself, devoid of the condition of “compliance with reality” paves the way for all kinds of bizarre theories and various, logically coherent, lofty-sounding pseudo-academic delusions that have inspired dozens of social experiments and brought poverty, starvation, wars and death to millions of people.

The third classic concept is the so-called pragmatic theory of truth. According to this concept, a thought, idea, or theory is true if it produces the effects it says it will produce. A specific version of this concept is expressed in this week’s Torah portion:

Whereupon יהוה said to me, “They have done well in speaking thus. I will raise up for them from among their own people a prophet like yourself, in whose mouth I will put My words and who will speak to them all that I command; […] And should you ask yourselves, “How can we know that the oracle was not spoken by יהוה ?” — if the prophet speaks in the name of יהוה and the oracle does not come true, that oracle was not spoken by יהוה; the prophet has uttered it presumptuously: do not stand in dread of that person. (Deuteronomy 18:17-18,21-22)

Obviously, all of this is expressed in a context that contains an underlying premise that everything that God thinks or says is true. So if a given idea comes from God, it will come true, it will have an effect in reality – it will work in practice in accordance with its intent. If, on the other hand, it does not come true, it does not act as it “should” according to itself, then it does not come from God; it is not true. According to the Torah, one should not be afraid of such an utterance or the person who utters it. (Deut 18:22) And this is a very important suggestion that can be understood in several ways, for example: such a man is not to be feared and his “truth” can or even should be ignored.

In reality, at least from a theoretical point of view, in order to get really close to the truth, all three theories of truth above must be applied. So if, for example, we want to gain knowledge about which political party really wants our prosperity and will finally bring the ‘messianic age’, and which only deceives us to use, abuse and betray us, and hand us over to our enemies, we must be sure that: 1. We know the intentions, plans and competences of these people, ideally all of them, realistically – at least of their leadership (we would actually need to know the thoughts of these people, not just what they say publicly, and definitely not what other talking heads on TV say about them. However, surprisingly, knowing their thoughts is sometimes very easy – from time to time the openly say what they believe and want). 2. Our knowledge about them is logically consistent and we do not reject given information only because it does not fit into our “wishful” puzzle, 3. The ideas and plans that they implement bring the intended results (and they are the results we desire as well). However, in practice, the implementation of points 1 and 2 requires a lot of effort and is time-consuming. Therefore, living in professionalized societies, we rely on others in our diagnosis, e.g. the media to provide us with information. This, however, does not solve the problem, only moves it elsewhere: in this situation, we have to apply points 1 and 2 to our sources of information, and therefore to the media. And since the media very often says what politicians expect of them, the situation becomes a vicious circle and becomes pretty dramatic. So let’s forget points 1 and 2, and just focus on whether the given ideas bring (their intended) results – whether the things the people say bring intended and predicted by them results. If this happens, this is a good sign because it means that those people are in touch with reality and are able to influence it in an intended way.

That’s basically all we can do. Everything else, especially if it sounds like nonsense – is inconsistent or out of touch with reality – is best ignored, as well as the people who utter it.

For their own good and for our peace of mind.