Prayer as a decision making tool 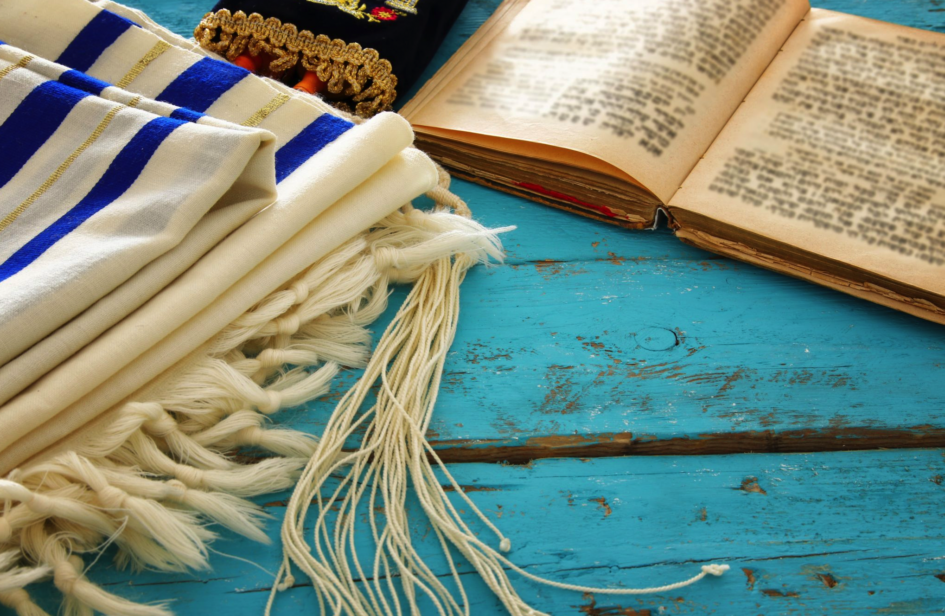 Prayer. Why do we pray? When do we pray? What do we expect from prayer? What’s the meaning or function of prayer today? What are the good things that come from the experience of prayer?

These are all important questions for religious people and have many answers. But before trying to answer them again, let’s take a brief look at history. It seems that prayer was not a central element of Jewish worship in antiquity, although it was known for quite a long time. Even though the first acts of prayer described in the Torah are at the very beginning of Jewish history – the first person that prays in the Bible is Abraham (Gen. 20:7), in the Torah itself it is quite a “spontaneous” activity, i.e. without a structured, ritualistic character. Obviously, Moses constantly communicates with God, and often utters petitions, using the Hebrew particle נָא (nah), it is a dialogue between a prophet and God.

Our Torah portion for this week starts with that kind of encounter with God. The Israelites, upon their entrance to the Promised land, are literally standing before God, in order to affirm the Covenant they entered into with Him:

You stand this day, all of you, before your God יהוה – your tribal heads, your elders, and your officials, every householder, your children, your wives, even the stranger within your camp, from woodchopper to water drawer – to enter into the covenant of your God יהוה, which your God יהוה is concluding with you this day, with its sanctions, in order to establish you this day as God’s people and in order to be your God, as promised you and as sworn to your fathers Abraham, Isaac, and Jacob. I make this covenant, with its sanctions, not with you alone, but both with those who are standing here with us this day before our God יהוה and with those who are not with us here this day. (Deuteronomy 29:9-14).

Although this experience is projected to have an eternal character, the nature of the event above is slightly different from what we have typically understood through prayer since the beginning of the rabbinic era. The ‘core’ verb describing this activity – לְהִתְפַּלֵּל (lehitpalel) appears in the entire Pentateuch only 7 times and it occurs in the context of the activity of only two people – Abraham and Moses. ‘To pray’ in Hebrew does not mean “asking God for something” as is often understood in Indo-European languages, but “to expose oneself to God’s judgment”. However, despite these linguistic nuances I would define the phenomenon of prayer more broadly, namely, as any verbal encounter with God, any type of communication with God. That’s because I believe that not every verbal encounter with God involves his judgment.

Prayer never is, and has never been, a magic wand that makes things go as expected. A true, deep prayer is always a dialogue, although the response from God we get in this or other way (i.e. something happens to us, in reality or just in the realm of our internal life) is almost never immediate.

We, human beings, should not pray for things we know that are impossible, like praying for suspension of the laws of gravity. As Abraham Joshua Heschel put it:

Prayer cannot bring water to parched fields, or mend a broken bridge, or rebuild a ruined city; but prayer can water an arid soul, mend a broken heart, and rebuild a weakened will.

Surely, the line between what is possible and what is not is not carved in stone, it is not clearly defined. It is a matter of our faith and our wisdom. People of great faith draw this line elsewhere than people of small faith. Some people believe that prayer never has a direct, objective impact on reality. Some of them believe that prayer has no meaning at all; for some others prayer is merely a tool of self -reflection or self-programming. But there is, I believe, also another way to understand prayer in our times, that is more objective than self-reflection and self-programming.

I strongly believe that what we need today is the fundamental distinction between theology of nature and theology of spirit. The Tanakh, as well as the rabbinic literature makes no clear distinction between them; however, throughout history we have discovered that the natural and the spiritual are separate realms, governed by different sets of laws and principles, even though they are complementary and strongly dependent on each other. The solution I would propose is to have a theistic theology of spirit and deistic theology of nature. In short, only the spiritual and everything that belongs to the realm of human will can be directly controlled by us and by God. The realm of Nature was pre-programmed by God and as such cannot be a subject of arbitrary decision or momentary change. The borderline between human free choice and natural determination is at the same time the borderline between theology and science. Both fields operate in a different way, according to different principles, assumptions and postulates.

In what area will prayer then work according to that kind of philosophy? The answer is: in every area where human decision making is involved. There is a certain degree of freedom in the world. Although we don’t have absolute freedom and in the realm of human freedom we still deal with forces that affect our experiences and decisions. Not everything in our life is really determined, on the contrary, many things we experience are almost pure consequences of our choices and decisions. For example, being sick or healthy may be one of them. Everything we do has real, objective consequences, and very often long-term, durable ones.

In the realm of human freedom one of the factors that leads us to positive or negative results is prayer (or absence of it). We can never be sure of it but it always may be a crucial factor that will decide whether things would go this or the other way. Human factor opens a space for the Divine act. Therefore, wherever human decision makes an impact that’s where prayer can have an impact as well. That’s why when I want something to happen, I pray for it.

Medical decisions – that’s where the decision making is crucial and determines matters of life and death. You can heal or save yourself by a good decision and kill yourself by a bad, thoughtless or spiritless one. In the old times where people had much less control over reality it was a daily experience. In our times our control over reality and natural phenomena is tremendously expanded, but still this reality of a complete uncertainty and lack of control is looming from time to time. That’s why it is very important to be thoughtfully prepared to make good decisions in these moments, because everything may depend on it. Thoughtfully prepared means also prepared spiritually, by having hope and endorsing true values.

Whenever there is free will and free decision involved – there is no strict determinism, we only deal with forces and factors we can accept or object. At this point reason and science do not dictate anything; they become just a tool, a helpful tool to make good, proper decisions. In the realm of human freedom, hope, belief and motivation play a crucial role. We think of ourselves, we think of our bodies and treat our bodies according to the ideology and the system of values we believe in. Our fate is determined by what we believe in, as well as on how determined, motivated or responsible we are. For example, you can drive to a dive bar, get drunk and get killed on your way back driving drunk on the freeway. You can stay home, read a book or watch a movie, and remain alive because of that. Obviously, none of this has to happen if you are a responsible person; for thoughtful and responsible people the example I have just given is a false alternative. You can still go to a dive bar but spend some more money and take a taxi or an Uber. How is it connected to prayer? Prayer instills in us everything our religion talks about: views on the meaning of life in society, meaning of the universe, value structure, the importance of self-control, responsibility etc. Jewish prayer is also an important component of Jewish identity and everything we consider Jewish values. All of that is instilled in us through prayer and will determine our fate, through our own actions or lack of them.