To love is to see potential 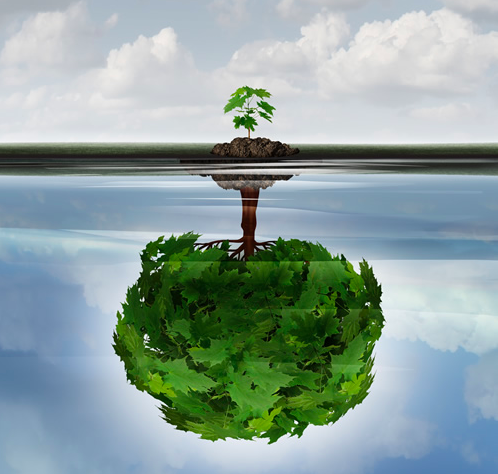 Therefore, write down this poem and teach it to the people of Israel; put it in their mouths, in order that this poem may be My witness against the people of Israel. When I bring them into the land flowing with milk and honey that I promised on oath to their fathers, and they eat their fill and grow fat and turn to other gods and serve them, spurning Me and breaking My covenant, and the many evils and troubles befall them—then this poem shall confront them as a witness, since it will never be lost from the mouth of their offspring. For I know what plans they are devising even now, before I bring them into the land that I promised on oath. (Deut. 31:19-21.)

The people of Israel had its priests, but, contrary to the priests in Egyptian or Greek temples, their knowledge regarding Divine law was not something exclusive. While admittedly due to their knowledge and position (and this applies also to the Rabbis, their direct inheritors) their decisions were of greater significance, still the leaders of Jewish communities were always dealing with the law and the tradition available to everyone.

According to the Mishna (tractate Yoma, chapter 8) if someone has eaten and drank on Yom Kippur (thus breaking two of the prohibitions which had to be observed on this day), but has done it inadvertently (for example they did not know about the existence of such prohibitions or did not realize that it was already Yom Kippur), they had to bring only one sin-offering to the Temple. Whereas, if they had done it on purpose, they had to bring two offerings, one for each sin. And since there are no objective determinants which would allow us to find out whether a given person has done something on purpose or not, therefore each person had to make such a call in their own conscience.

This moral autonomy ascribed to each individual is a key element of our religion. Judaism is not and has never been an esoteric teaching, available only to a selected few, who wished to wield power over people’s consciences. And although God’s nature remains hidden from us, the Torah, in which He is present, has been revealed to us and can be shared and become a common property of all the people who have accepted it as their life path (Deut. 29:28.)

Let us remind here who has been actually chosen by God: a people de facto weak, oppressed and traumatized as a result of 400 years of slavery. Why did He choose them? Our tradition abounds in answers to this question. One of them, expressed directly in the Bible, states: Because of the promise He had made to its righteous ancestors. Another answer states that He did it out of His enormous love for Israel and for humankind in general. Yet another answer, which I’d like to propose here, states: God chose the Israelites because He saw a potential in them. He saw this potential, even though he knew they would go astray, betray Him, and worship other gods.

Everything that I’ve mentioned above serves as proof of the great trust that God has put in men. He sees in each of us a potential to be realized and He wants us to also notice that potential and to strive to fulfill it.

Ibn Ezra in his commentary on the verse from the previous parasha (Deuteronomy 30:16) emphasizes: It is of key importance to love that Being (i.e. God). However, to love God also means to see a potential for change in the world, for a change which He – and with His help also ourselves – can bring about together and which we are bringing about. Religions as such can be viewed as specific projects for the world, projects outlining plans for its transformation. They put forward visions for the future, visions of a better world – along with rules, norms of behavior and detailed instructions as to how we can bring about that new world order.

Seeing potential in another person is something we often forget to do, as we tend to focus on their specific actions and the results of these actions instead. The world we live in is organized in a way that essentially forces us to adopt such a stance towards others. It forces us to think predominantly in practical terms, about the here-and-now (this is to a large extent a legitimate approach and there is nothing wrong with it, as long as we don’t reduce everything to exactly such a stance). In most areas of our life the only thing that counts (or rather that has been made to seem like the only important thing) is what a given person can do at this given moment. This way our lives have turned into an endless skill- and beauty-contest – i.e. a contest evaluating everything that exists in the present and that has been already achieved or can be achieved any minute now. We yield to this “instantaneous-moment” diktat and to this endless competition, and we adjust our dreams accordingly. Only a handful of people are capable of breaking free from this pattern. Some of them are able to do this effectively and successively, and it is exactly those people who often introduce truly significant changes in the world. However, unfortunately for various reasons some of them end up at the sidelines of human life and their inherent potential is squandered.

To love another human being entails among others seeing their inner good and the potential for a future good which is yet to be achieved as a result of their actions. In fact, this act of noticing someone’s potential constitutes the essence of parental love. When we don’t recognize the innate talents and potential of our children or if we do notice it, but we ignore it and try to shape these human beings and their lives according to our own whims, we are causing them harm. Whether the harm we’ve caused will go on to destroy their lives – that depends on many other factors, but as a general rule by acting this way we are greatly increasing the likelihood of that.

Of course, loving someone in a mature way entails seeing the flaws, the shortcomings and the obvious weaknesses of the people we love, but if we truly love them, these traits will not overshadow their virtues and everything that is good in them – it is those positive traits that we notice in them in the first place. And this was exactly the principle on which God’s love towards Israel was (and still is) based, although the vast amount of Biblical narratives describing His wrath can sometimes make us take this notion for granted. God had certainly expected the failings of His people and although He vented His anger on these people on numerous occasions, He has never forsaken them and He has never broken their Covenant, since who we are is the result of the successes and failures of our ancestors.

The High Holidays season is not only a time for reflecting on our moral/religious transgressions (commonly called “sins”) which we’ve committed in the passing year. It is also a time to take stock of our life-achievements and to reflect on them, since these achievements are inextricably linked to our actions: to our sins and our mistakes. But at the same time it gives us a chance to reflect on the potential that lies within us, both the one which we have already fulfilled as well as the one which we have squandered. In this New Year 5782 I’d like to wish everyone that besides fulfilling their various not yet fulfilled potentials they will also keep on deepening their insight into other persons, regardless of whether they are someone close to us or not. I also wish you a constant  development of the ability to see the entire potential for good in other people, even when – or especially when – the ability to notice it has been distorted by our, not necessarily positive, experiences with those people.