Don’t worry, nothing is really happening 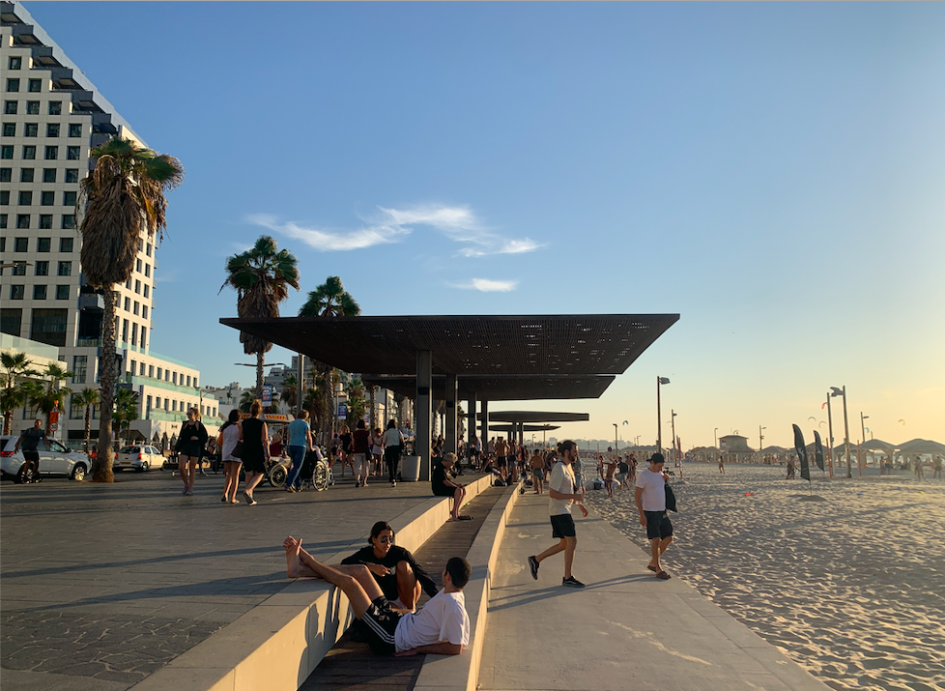 Worry is psychologically consuming. Fear of the unknown may lead us to many irrational actions and reactions, some of which may hurt us or keep us in a mindset that limits us emotionally and intellectually, not allowing us to function normally and efficiently.

In this week’s parsha Jacob returns to Erec Israel after his 20-year stay at Laban’s in Charan. He prepares to meet with Esau at Seir, in Edom. He sends messengers to Esau in hope of a reconciliation. The messengers return to Jacob with a following message:

“We came to your brother Esau; he himself is coming to meet you, and there are four hundred men with him.” (Gen 32:7)

[…] in his anxiety, he divided the people with him, and the flocks and herds and camels, into two camps, thinking, “If Esau comes to the one camp and attacks it, the other camp may yet escape.” (Gen 32:8-9)

Jacob prepares for war. He prays, he sends Esau a large gift (consisting of hundreds of heads of livestock) to appease him. At some point, after crossing the ford of Jabbok, he is left alone and wrestles with an angel:

And a man wrestled with him until the break of dawn. When he saw that he had not prevailed against him, he wrenched Jacob’s hip at its socket, so that the socket of his hip was strained as he wrestled with him. Then he said, “Let me go, for dawn is breaking.” But he answered, “I will not let you go, unless you bless me.” Said the other, “What is your name?” He replied, “Jacob.” Said he, “Your name shall no longer be Jacob, but Israel, for you have striven  with  beings divine and human, and have prevailed.” (Gen 32:26-29)

According to the rabbis, the man/angel sent by God was a spiritual representation of Esau. He was sent to empower Jacob spiritually and to convince him that the meeting with Esau will be a success for both of them. However, even the fact of overcoming God Himself did not make Jacob calm. Just before meeting his brother, he reorganizes his retinue to possibly save those he loved the most:

He divided the children among Leah, Rachel, and the two maids, putting the maids and their children first, Leah and her children next, and Rachel and Joseph last. (Gen 33:1-2)

But ultimately all this fear and panic turns out to be something completely futile because:

Esau ran to greet him. He embraced him and, falling on his neck, he kissed him; and they wept. Looking about, he saw the women and the children. “Who,” he asked, “are these with you?” He answered, “The children with whom God has favored your servant.”

Jacob didn’t see Esau for more than 20 years and the last memory he had about him was that Esau promised to kill him. His fears were somewhat right and justified, but it seems that they determined his inner life too much. For example, the not entirely clear message he received from his envoys, was interpreted by him unambiguously negatively, as a direct threat to his and his family’s life. His own sense of guilt might have played some role in all of that. Obviously, based on the past behavior of Esav, Jacob’s fears seemed legitimate but because many years had passed since that time they were, in fact, only “theoretically legitimate”.

And that’s the point, that’s the major issue here. Everything Jacob did preparing himself to meet with his brother was based on speculation. He did not have a chance to verify his presumptions prior to the meeting, when he ultimately confronted them with reality. He was “in his bubble”, to use a contemporary colloquialism, and got stuck in it.

Experiences of that kind are becoming more and more common today, in the digital era. People become anxious, insecure and sometimes even terrified solely on the basis of supposedly true and rational information, which they themselves are unable to confront with reality. More and more people are afraid of things our grandparents would not treat seriously even for a second. Fear is commonly used as a tool to “divide and conquer” by various political demagogues, tyrannical governments and, unfortunately, various powerful media machines in the “democratic, free world”. There are people in this world, quite powerful, who want us to live in fear or to be constantly caught up in problems that are not really relevant. Population that is afraid or confused is much easier to control and manipulate. Information disseminated to the general public is often framed in the way to achieve that goal.

People today are often too preoccupied with their feelings, thoughts, as well as with not particularly real issues. They escalate in their minds everything they feel strongly about. Being worried all the time about “things that might happen” is psychologically damaging and detaches us from reality. It is similar to materialism and being caught up in buying things we don’t really need. It’s like chasing the wind. None of this makes any sense. From our individual, everyday perspective none of what happens on facebook or any other social media platform ultimately matters.

There is also no point in worrying about things that we know will eventually happen to us, such as old age and the diseases that will affect us then. “There is no point in experiencing now, in your imagination, the suffering that is to come in the future” – as the Polish philosopher, Tadeusz Kotarbiński, wrote.

The best way to end our fears and internal struggles is to confront our fears with reality. If we are unable to do so at the moment then prayer, studying Torah and other spiritual practices can help us to maintain the balance and to keep us sane and reasonable. If you are currently worried about something, try to remember your past worries that have never been substantiated. None of them ultimately mattered, right? At the end everything was perfectly fine. It will be so also this time.