The Master and his Slave 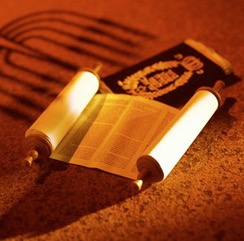 The Torah portion for this week begins with a code of law which regulates social relations. The first part of this code (Ex 21:1-11) deals with slavery. As we know, this institution existed in ancient Israel, just like in other ancient states and cultures. However, slavery in Israel was not “absolute”. A slave had his inviolable rights. First of all, one could acquire a slave only for six years. After that period every slave had to be set free. A longer period of service was possible only if the slave agreed to it voluntarily (Ex 21:5).

In addition, it was prohibited to “touch” the slave’s wife if she had been his wife before he became a slave. In this case the entire family of the slave had to be released along with him. However, if it was “his master who gave him his wife”, things get a bit more complicated. The fourth verse of our Torah portion says:

“If his master gave him a wife, and she has borne him children, the wife and her children shall belong to the master, and he shall leave alone.” (Shemot/Ex 21:4)

At first glance the meaning of this law may seem clear: If they got married while he was a slave the wife and her children will belong to the master. However, as Rashi – the Medieval Torah and Talmud commentator – points out, it’s not that simple and this interpretation is correct only in certain circumstances. It all depends on whether the slave’s wife was an Israelite woman or a non-Israelite woman (in this context a Canaanite woman.) If she was an Israelite woman then she and her children would be set free along with her husband (unless he wanted to stay with his master out of his own free will – then everyone would stay.) But if she was not an Israelite woman then she was the property of his master and the slave would be set free alone. Rashi justifies his conclusions by referring to another law from the Torah:

“If a fellow Hebrew, man or woman, is sold to you, he shall serve you six years, and in the seventh year you shall set him free. When you set him free, do not let him go empty-handed: Furnish him out of the flock, threshing floor, and vat, with which the LORD your God has blessed you. Bear in mind that you were slaves in the land of Egypt and the LORD your God redeemed you; therefore I enjoin this commandment upon you today.” (Dvarim/Deut. 15:12-15)

Therefore, the owner was obliged to set free an Israelite slave after six years regardless of their gender. Of course, when it comes to this “six-years law”, one could ask: what if an Israelite woman became a slave and a wife of an Israelite slave at a time when he had already been a slave, for example, for three years? Could the owner consider her to be his property for three more years and only after that time be obliged to return her to her lawful husband? I don’t know how this issue was dealt with in practice, but I believe that according to the law stated in the Book of Devarim (15:12-15) quoted above, which says that a slave should not be set free “empty-handed”, but, on the contrary, he should be released with some possessions, the ancient, just Israelite sages or judges stressed that in such a situation it was necessary to set the slave free along with everything that he owned, that is with his entire family. According to Jewish law a slave’s wife was untouchable and forbidden to other men. She was seen as the property of her husband, the slave, so if according to the above stated law the owner had to give the freed slave “some of the owner’s belongings”, then all the more so he had to set him free along with that slave’s own property, that is with his wife and family.

The slave and his family also had to observe the Shabbat, which meant that it was their master’s duty to give them a day off from work. This is clearly stated in the Decalogue:

“But the seventh day is a Sabbath of the LORD your God: you shall not do any work—you, your son or daughter, your male or female slave, or your cattle, or the stranger who is within your settlements.” (Shemot/Ex 20:10)

In addition, a slave was entitled to his own private property which couldn’t be taken away from him – this is also clearly stated in the Decalogue, in its final commandment:

How was slavery in ancient Israel different from the Egyptian slavery as described in the Pentateuch – the slavery that the entire people of Israel was subjected to? This is quite an extensive topic; moreover, relying merely on the law we are not able to reconstruct what the situation was like in real life (and it might have looked a little differently at different times in Israel’s history.) But from our sources we know for sure that, at least in theory, slavery in Israel was not permanent and it was not hereditary. And although from a contemporary viewpoint slavery in ancient Israel was a legalized form of (temporary) oppression, nonetheless the legal system in ancient Israel was essentially constructed in such a way so as to prevent various forms of oppression between people, especially in situations where there was a significant difference in social status between them. These laws and norms were supposed to create a completely different social and political reality from the one the Israelites had known in Egypt – and a justification along the lines of: Don’t do that, since that’s how it was done in Egypt is quite often seen in the code of Biblical law. However, the situation was different whenever God was the oppressor. But this is a topic for another time.