A Few Words About Hierarchy 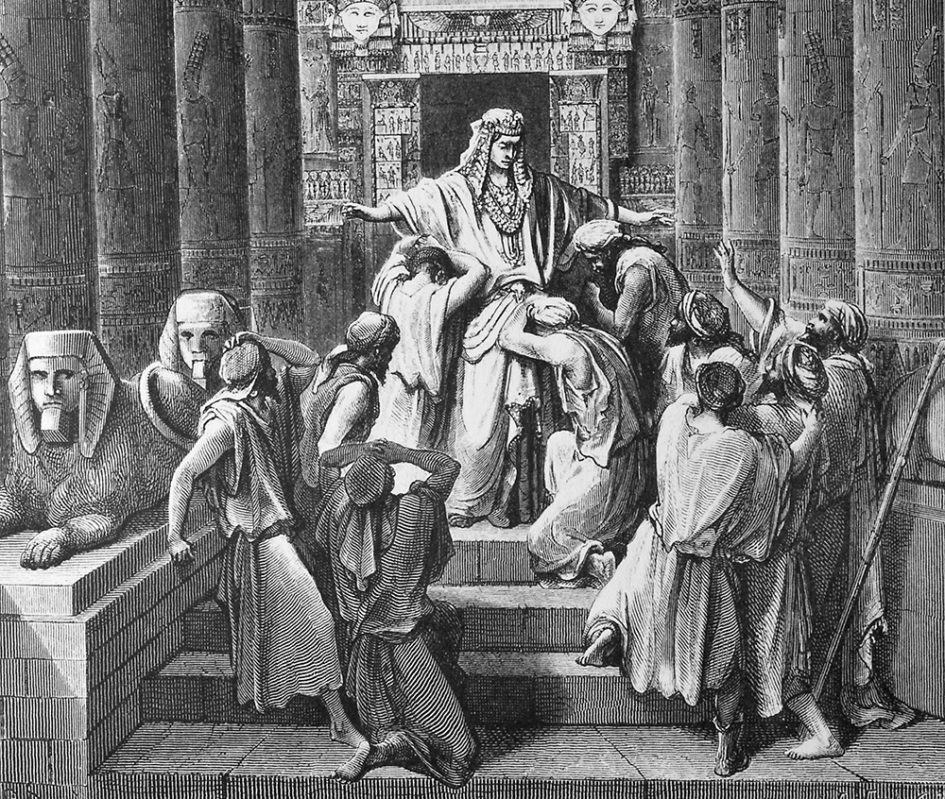 In last week’s Torah portion we read about the dramatic events of Joseph’s life. After he was sold by his brothers to Egypt as a slave he became a servant of Pharaoh’s official – Potiphar. He made Joseph the administrator of his home, entrusting him with all his property. Soon after, Potiphar’s wife tried to seduce him. When he refused, she took revenge and falsely claimed that he wanted to have intercourse with her. Potiphar ordered the capture of Joseph and put him in prison where he soon became famous because of his ability to interpret dreams. The story continues in this week’s parashah. After a few years Joseph’s imprisonment finally ends. He is released from prison after he interprets Pharaoh’s dreams. Pharaoh appoints him governor of Egypt. Joseph marries Asenath, daughter of Potiphar, and they have two sons, Manasseh and Ephraim.

Yes, Joseph married the daughter of Potiphar, the same guy who had thrown him in prison following his wife’s plot. We don’t know if Joseph’s wife, Asenath (mother of Ephraim and Menasheh, the first biblical brothers that didn’t fight with each other) was the daughter of the same Potiphar’s wife who plotted against Joseph. Potiphar could have had many wives. We also don’t know whether Potiphar here, and in the previous story, is exactly the same person. The Torah is silent.

This story outraged rabbis for many reasons, but the main problem for them was that Joseph married a woman who was not an Israelite. It appears that Joseph’s marriage with the daughter of the High Priest was necessary due to the position that he managed to achieve in the Egyptian society. It’s worth noting that regardless of circumstances Joseph always and very quickly climbs up the social ladder. Even in prison he was appointed as the overseer.

In my opinion this story can be seen as one of the many examples of how permanent social hierarchies and hierarchies of power. It should not come as a surprise that in our Biblical story nothing or very little has changed in terms of the hierarchy of power over the time Joseph spent in prison. In today’s Western world, where democratic systems force more frequent changes to those “on top,” the hierarchies of power remain very strong. What’s also interesting and also shouldn’t come as a surprise is the strongest hierarchies can actually be found within the so called “fourth estate,” i.e. the media, the branch of power which is not truly chosen democratically. Some time ago some people claimed that this was in fact the case, that people “vote” with their remote control. This is  a naïve claim, especially since each media corporation will do anything to secure everlasting high audience ratings for themselves and in this case efficiency is not really linked to the accuracy or the veracity of the worldview presented by that particular media corporation. To grow audience, the information provided must be sensational, shocking or dramatic in the first place, and the fact that the media must compete with independent and free internet today makes it even worse.

Going back to social hierarchies: they cannot be eliminated from human life, since they stem from our biological nature. Hierarchies have been present for at least three billion years. All living creatures, from insects up to primates and birds live in hierarchies. Hierarchies never disappear. There is irrefutable scientific proof confirming these claims, including research describing close links between decisions that change our social rank and the hormonal reactions in our brain. For example, people with a stable and high level of serotonin climb up the social ladder much more efficiently than those with serotonin deficiencies. History also teaches us that social hierarchization is part of our nature. We’ve witnessed many times how those who brought about the collapse of one social hierarchy immediately created a new one, which in fact was no better and no more just than the previous one (although of course better and more just for those who’ve just established it.) Actually, when capitalism or feudalism collapses under the pressure of communism, the old hierarchies, built on money or class background were almost immediately replaced with new hierarchies – built on nepotism/one’s position within the party/or the new organization currently in power. Beliefs claiming that social hierarchies are nothing but a social construct are the naïve ideas of political utopists.

I’m not saying all this in order to defend the existing hierarchies or social structures. I’m saying that hierarchies are impossible to eradicate. However, this doesn’t imply some form of strict biological determinism, a theory no serious person from the scientific world actually believes. Therefore, this doesn’t mean that we have absolutely no choice. Of course we do, but we cannot eliminate hierarchies altogether. We can only choose in which hierarchy we want to live; which hierarchy we want to build. And hence the real political questions are these: which hierarchies are legitimate and just? Which promote people’s good behavior and enable the development of individuals and societies? Which minimize suffering? Keeping this in mind, we should always try to make sure that the hierarchies within our societies are established for the benefit of the general good and everyone’s development instead of only the interests of a particular group of people. This is not an easy task, but I believe that step by step we’ll be able to change the social world in a way that promotes progress in this direction.

But what should our social hierarchy be based on? I believe that the best and most fair of the available options is a hierarchy built on competences. This option in theory completely excludes a hierarchy built on nepotism, although nepotism is a force that has the capacity to pathologize all possible hierarchies. I don’t believe that we’ll ever be able to eradicate it, but we can and should minimize its effects. Hierarchies which are built on competences civilize different forms of interpersonal competition, and competition is one of the major driving forces of individual development. In fact, if we can talk about any kind of hierarchy within our religion – Judaism – it would be precisely a hierarchy based on competences. It is flexible and changes depending on the tasks given to people. Sometimes it so happens that Rabbis don’t have the best voice or mastery in public singing of long Torah passages – then they are replaced by a trained Baal Kore. The most learned person in the community is not always its rabbi; that’s the reason every person in the community is welcomed to be a teacher for others etc.

Our Biblical Joseph can also serve as an example of how well a hierarchy based on competences works. No matter where he ended up, he would quickly climb up the social ladder, mostly owing to his extraordinary skills which impressed everyone. Of course, he was also young and charming, but this caused him some trouble as well – Potiphar’s wife – whereas his extraordinary skills always were a benefit.